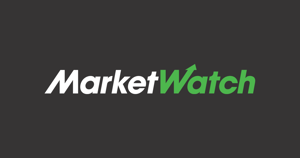 Rogers Communications Inc. announced Monday that it has agreed to acquire Shaw Communications Inc. in a $26 billion deal. Rogers will acquire all outstanding class A and class B shares of Shaw Communications for $40.50 per share in cash, a premium of about 70% for a recent class B share price. The deal, which is expected to close in the first half of 2022, also includes about $6 billion in Shaw debt. The Shaw family will become one of the largest shareholders in Rogers with 23.6 million shares to be issued to the Shaw Family Living Trust. Two members of the Shaw family, including Brad Shaw, will join the Rogers board. Rogers has secured financing for the deal, and Shaw will continue to pay out its monthly and quarterly dividends. Rogers plans to invest $2.5 billion over the next five years to build out the 5G network in western Canada, and a $1 billion fund will be dedicated to connecting rural, remote and Indigenous communities to high-speed internet. Rogers says the combined company will continue to offer affordable service, with plans to expand a program for low-income Canadians and maintain wireless prices for Freedom Mobile customers for at least three years after the deal closes. About 10% of Canadian homes have no internet service, and 600,000 in western Canada cant access the internet at government-recommended minimum speeds. The companies say the deal will also create 3,000 jobs and create a headquarters in Calgary for all Western operations. Rogers stock us up almost 12% over the past year, and Shaw shares, which shot up more than 54% in Monday premarket trading, have gained 27.3% over the last 12 months. The S&P 500 index have rallied 45.5% over the past year.