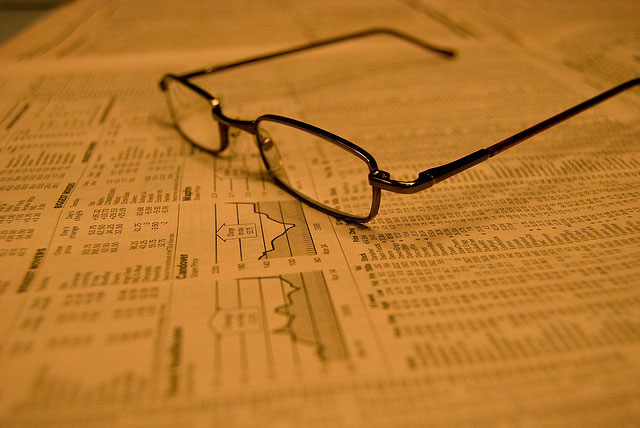 (MoneyWatch) As fate would have it, I actually wrote the bulk of this piece prior to the government re-opening. So amid the most recent news, I felt it necessary to remind investors that no matter the big headline, or crisis du jour, the market will react. By the time news reaches you, its likely the markets flux has come and gone. Read this carefully, and dont let panic fueled by the news affect your wise investing behavior.

Two of the basic tenets of the efficient markets hypothesis are that current market prices reflect the total knowledge and expectations of all investors, and any new information must be disseminated to the public rapidly and completely so that prices instantly adjust to new data. There is a significant body of literature measuring the speed, and the efficiency of the market adjustment to new information, testing to see if prices adjust slowly to the new information -- in which case it may be possible to earn excess returns based on the initial market reaction to the news release.

In general, its been found that while news releases result in a rapid increase in volatility, the majority of the effect is relatively short-lived and subsides within the first minute. For example, a study on how quickly the U.S. fixed income markets incorporate new information found that a considerable portion of the changes in interest rates can be attributed to scheduled macroeconomic announcements such as employment reports and inflation data. The major adjustment to the information released (and the window for trading profits) lasts about 40 seconds.

The speed of the stock markets response to new information is almost as startling. A study on after-trading-hours quarterly earnings announcements of 100 NYSE and 100 NASDAQ firms found that the majority of the price response is realized during opening trading. Earnings announcements that occurred during trading hours caused adjustments to occur very quickly; for NYSE stocks the price adjustment occurred during the first several post-announcement trades; for NASDAQ stocks the price adjustment was concentrated in the first post-announcement trade. One would likely conclude that the U.S. markets are very efficient at processing information and incorporating that information into valuations.

Another study looked at the efficiency of markets in the United Kingdom. The study examined the impact of 9 major economic announcements (such as inflation data, retail sales, etc.) on stocks of the FTSE 100 (Financial Times Stock Exchange 100, a U.K. equivalent of the S&P 500). The study also examined the impact on fixed income instruments. The authors concluded that the U.K. equities markets took 75-90 seconds, or about 7 trades, to adjust to the new data. The fixed income markets took about the same amount of time. It seems like the U.K. markets are just about as efficient as the U.S. markets.

Lee Smales adds to the evidence on market efficiency with his study, Impact of Macroeconomic Announcements on Interest Rate Futures: High-Frequency Evidence from Australia. The study, published in the fall issue of The Journal of Financial Research, examined how the Australian bond markets react to information. The study covered the period spanning the great financial crisis, 2005-2010. The following is a summary of his findings:

The author concluded: This evidence is consistent with a rapid readjustment of inventory by market participants in light of the newly available public information.

The market will react, you shouldnt

The conclusion you should draw is that since current market prices already incorporate all that is knowable, the next piece of news is random in terms of whether it is better or worse than the market expects, and the market adjusts almost instantly to that news.

Active managers are highly unlikely to be able to add value through research and trading activities, and individuals, acting on their own are even less likely. This makes passive management the winning strategy. Keep this in mind the next time you are tempted to react to the release of some economic data. By the time you can pull the trigger on a trade, its probably too late to act as the market has already incorporated the new information, and any surprise, into prices. This is lost on most investors, which causes them to make so many mistakes. As you consider this point, ask yourself how you were acting while Congress was debating the shutdown and the debt ceiling. Were you tempted by the fears of failure into panicked selling? Did you think you were smarter than the market, being able to forecast better the likely outcome? If that was the case, its time for a remedial course on the winning strategy. Your homework is to read, or re-read, my two posts on the crisis that appeared last week. Additionally, I want you to ponder the following bit of irony: Wall Street is close to new highs, while Washingtons ratings are at, or at least close to, all-time lows.